Route 6: Discover the written treasure along the Danube

* The product can be used departing from any of these cities, and also the game can be played in other cities near the Danube on both sides 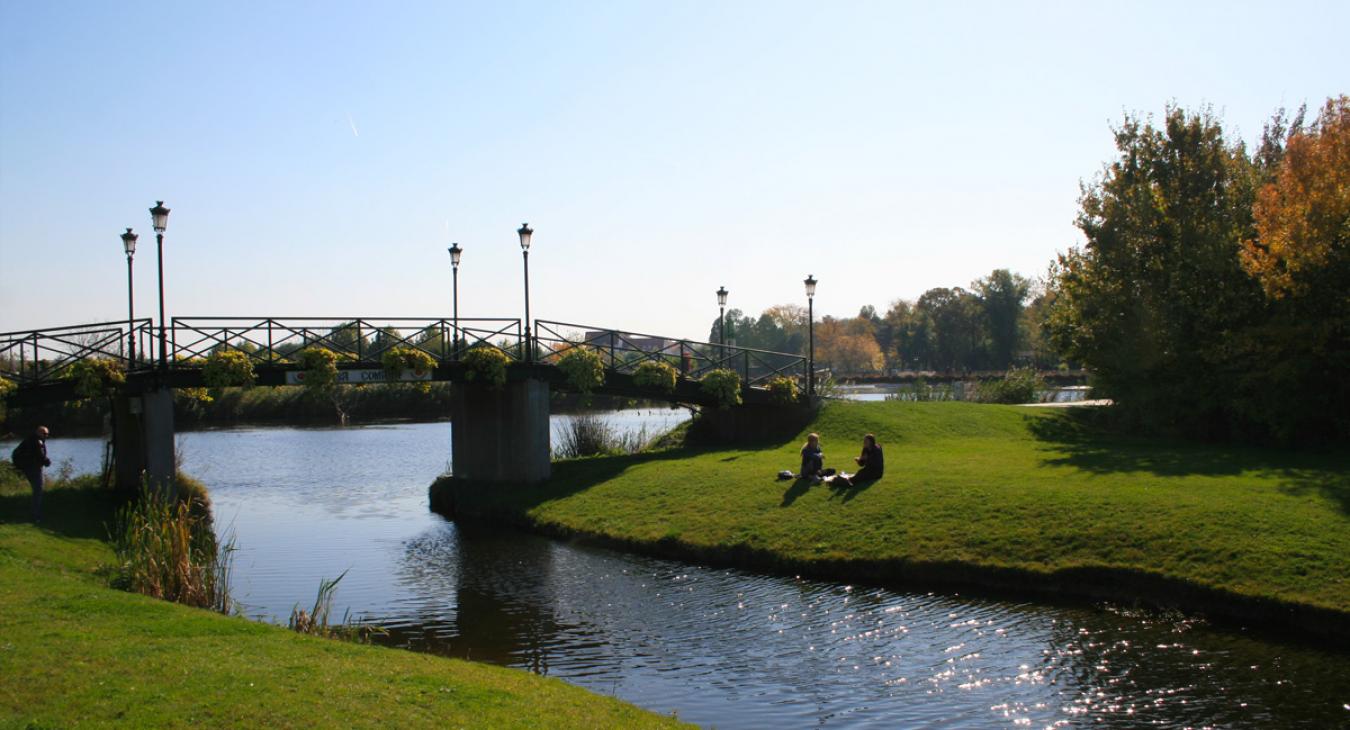 Point of departure - 1 Dondukov-Korsakov St., Ruse, the garden in front of the Lyuben Karavelov Regional Library.

08:30 h. Our journey starts from 1 Dondukov-Korsakov St., Ruse, the garden in front of the Lyuben Karavelov Regional Library - an adventure aimed at discovering the written treasure along the Danube.

The written treasure is the saying "A home without a book is like a house without windows."

Participants will have to collect the individual words, solving various literary tasks - in this case 7, and the sequence of the found words would better be different than their sequence in the sentence, in order to have a greater challenge. Literary and linguistic tasks would better follow the authors, literary works, sites from the cross-border region and may vary according to the age of the students.

Oh, go down in history already,

Let your spirit subdue the countries,

you conquered by sword!..."

3. The discovery of the next word from the treasure will take the group to the Zahari Stoyanov museum house. After the lecture at the house, they will find their word as the first noun in the second sentence of the quotation from the preface to Notes on Bulgarian Uprisings:

"Finally, I turn to you, my brothers, simple poor people. I have drudged to write this book for you to show you that the most ardent fighters and defenders of our homeland were not the proud rich and arrogant scientists but simple and illiterate brothers of yours, who knew no more than you! It was them and no one else who washed the face of Bulgaria and defended our disgraced glory; it was them who made the name Bulgarian thunder in the four corners of the world; it was them who trampled daringly on any private thing they had, raising their heads proudly and fearlessly against the strong tyrant, for whom the scholars interpreted for us that we should not anger him, but rather tickle him and watch him, hoping to appease his gaze. All this they did not because they had gone to Paris to sharpen their minds but because they were honest, had an iron will, an invincible character, they loved their homeland dearly - a sacred duty for everyone; and each one of you can have these few qualities, as long as you wish. Let these people's guiding lights of ours serve as an example for you."

Gellu Naum and his books with stories about Apolodor, the penguin,

Elena Farago and her For Children, From Santa Claus's Bag, Bobocica, Let's Not Cry, Let's Be Good (prose), Cat's Diary (prose), In Swallow's Nest (prose), and the educational magazine Friend of the Children (1943-1946).

Emiliyan Stanev with his Chernishka, The Greedy Bear Cub, A Tale of a Forest, Through Waters and Forests.

The story can be in the form of a presentation such as a map trip with rich photographic material. In a game - a crossword with answers to questions related to what was learned about the Romanian authors, they will get the remaining words - "home", "windows", "is like".

After the game is finished, it would be good for the students to receive a souvenir, such as a card with a literary map of the region.

Then there will be a walk under the dome above the main entrance of the library, where a clock with a bell mechanism from 1922 is installed, situated in the center of a permanent exhibition of exlibrises on Cultural and Historical Heritage - a unique, one of a kind public collection with authors from all over the world - masters of small graphics.

Breakfast. 09:00 h. Departure for Comana, across the Danube Bridge, to the Comana Natural Park - the largest protected area in the Romanian plain.

Visit to the country house of Gellu Naum. Visit to the museum house where Gellu Naum (1 August 1915 - 29 September 2001) wrote and lived for the last part of his life. A Professor of philosophy, a translator in order to earn a living, Gellu Naum remains one of Romania's great surrealist writers.

We will continue the journey with the visit to the workshop - the Paper Mill - a walk through history with some interesting information about the beginnings of paper in Romania and around the world, about bookbinding and hand printing. We will have the opportunity to see some equipment specific to this craft, rare old engravings. We will then take part in a letterpress workshop where we will print a fragment of a poem written by Jello Naum on a piece of paper made by hand there. Free time for the other craft workshops - tailoring, ceramics, etc.

Departure for Ruse across the Danube Bridge.

*The program allows for combinations with different starting points, changing the number of days.

transport, overnight stay in 3 * hotels with breakfast and dinner included, tour guide service, estimate price for the described itinerary for a group of 40 persons - 89 Lv. excluding entrances for sites visited and optional additional excursions. (prices are effective as of July 2020)