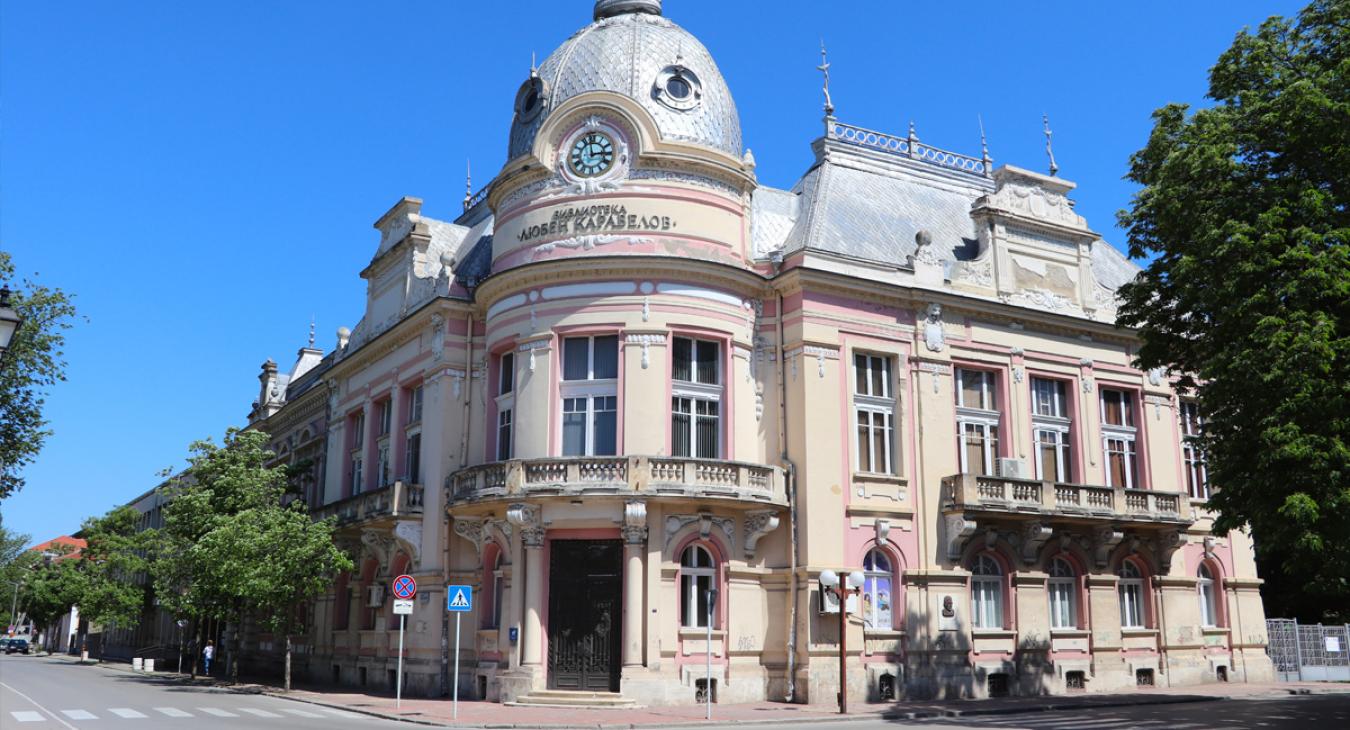 Viewed comprehensively, Romanian literature of the 20th century deals with the problems of the village and rural life. However, our journey will start from the country house of an urban Romanian author, who is atypical for the time of socialism - Gellu Naum. Visit to the museum house where Gellu Naum (1 August 1915 - 29 September 2001) wrote and lived for the last part of his life. A Professor of philosophy, a translator in order to earn a living, Gellu Naum remains one of Romania's great surrealist writers. The universe of his works bears the mark of a surgical clarity amidst the absurdity. His own poetic universe and the power of his talent would bring him well-deserved yet belated recognition. We will continue the journey with the visit to the workshop - the Paper Mill - a walk through history with some interesting information about the beginnings of paper in Romania and around the world, about bookbinding and hand printing. Free time for the other craft workshops - tailoring, ceramics, etc.

The walk around the center of Ruse will start from the riverside street, from which one can see the Romanian riverbank and the river. Here is the Zahari Stoyanov museum house - a place full of memories of this incredible man, whose actual name is Dzhendo Stoyanov Dzhedev, born in the village of Medven, region of Sliven. A shepherd's son who became one of the brightest Bulgarian revolutionaries, politicians and writers with an original pen.

Our walk continues to the places of Canetti - the citizen of the world who did not forget his hometown of Ruse. In 1981, Elias Canetti received the Nobel Prize for Literature for his entire work characterized by foresight, richness of ideas and artistic power.

Passing by emblematic old buildings with incredible architecture, we arrive at the building that once was the Polikar and Canetti merchant house. Currently, the Elias Canetti international company manages the building, where cultural events, exhibitions and film screenings are organized. Possible screening of the First Window documentary about Elias Canetti made by the Regional TV Center, Ruse.

Through the square bearing his name and displaying his bas-relief, we head to the merchant house of Armenian merchant Sarkis Kuyumdzhiyan, father of English writer Michael Arlan (Dikran Kuyumdzhiyan) and his extraordinary story from Ruse to London and America, where he became part of the bohemian class. To this day, the building has kept the furniture and belongings owned by the prominent Kuyumdzhiyan family.

Our literary walk will end at the old center of Ruse - Batenberg Square and the remarkable story of the buildings with which it is surrounded. One of them is the building of the first Bulgarian Chamber of Commerce, which today houses the Lyuben Karavelov Regional Library. At the library, we will visit the permanent exhibition of exlibrises on Cultural and Historical Heritage - a unique, one of a kind public collection with authors from all over the world - masters of small graphics. It is arranged under the dome above the main entrance of the library, in a space where a clock with a bell mechanism from 1922 is installed.

For the curious ones, the library offers an opportunity to get acquainted with the interesting fate of Svetlozar Dimitrov, born in 1905 in Ruse, who remained in Bulgarian literary history under the pseudonym of Zmei Goryanin.

Zmei Goryanin is one of the most productive Bulgarian writers of the first half of the 20th century. He is the author of over 50 books: historical novels, poems, epigrams. He was indicted by the People's Court in 1945 and sentenced to one year in prison, therefore his books were included in the List of Forbidden Literature, and his name was erased from literary life. The library keeps his archive, set apart in a separate fund of over 450 original documents, revealing the cultural and historical reality in Bulgaria of the first half of the 20th century.

9:00 Departure for Veliko Tarnovo - the capital of the Second Bulgarian Kingdom, but our walk in the old capital city will begin in the vicinity of Samovodska Bazaar, on the former Cherkovna street, where Emiliyan Stanev's birth house was, which now is Emiliyan Stanev museum house. Museum expositions reveal a person with interests in many fields, which is also confirmed by his literary work.

Breakfast. 9:00 Departure for the town of Elena

Visit to Ilarion Makariopolski museum house, telling the story of the Mihaylovski family, which was immortalized in the history of the Bulgarian cultural rise not only by the name of Ilarion Makariopolski, but also the names of his brother Nikola Mihaylovski - educator, teacher, translator, writer, judge, legislator, and that of his nephew - the writer Stoyan Mihaylovski, with Petko Yurdanov Todorov by maternal line.

Petko Yu. Todorov (1879 - 1916) was a Bulgarian writer, journalist, playwright, poet and critic. Participating in the Thought literary circle, he shared the philosophical, aesthetic and artistic pursuits of Dr. Krastyo Krastev, Pencho Slaveykov and Peyo Yavorov. The Thought magazine, which they published, marked the beginning of a decisive renewal in Bulgarian literature, approaching the ideas of modernism. Apart from its historical significance, this house also has a high architectural value. It is of the type of Elena's rich plank dwelling houses. It was built around 1710-1715 of stone and wood, having two stories, broken up volume and picturesque exterior - large eaves, porches, latticed windows. Free time in the town. 16:00 - Departure back to Giurgiu

transport, overnight stay in 3 * hotels with breakfast included, tour guide service, estimate price for the described itinerary for a group of 40 persons - 240 Lv. excluding entrances for sites visited and optional additional excursions. (prices are effective as of July 2020)

- Restaurant "Behind the wall" - http://stenata.info/